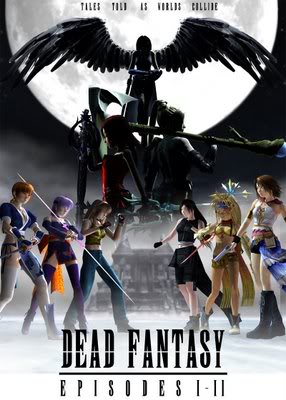 Tell us --- who is the next Dead Fantasy fighter?

100px
Yuna is the female protagonist of Final Fantasy X and Final Fantasy X-2. Yuna is the first character to premiere in Dead Fantasy I. Yuna begins the show running through an enormous ancient temple while being pursued by two shadowy figures, who later turns out to be Kasumi and Ayane. At her core she is a very kind-hearted, loyal, honest and polite young woman who strives to see the best in others and has a very strong conviction to complete whatever task she feels is her duty to perform. More...

Contribute to this wiki

To write a new article, just enter the article title in the box below.

Retrieved from "https://deadfantasy.fandom.com/wiki/Dead_Fantasy_Wiki?oldid=5740"
Community content is available under CC-BY-SA unless otherwise noted.